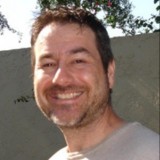 Anyone know what I'm doing wrong here? I've selected my polys I want the hair to grow from and put them in a group and chose that group in the hair groom node and it's close but it grows from well outside of the selection

is it possible to expose a generated curve to Unreal?

I want to create T connections, and then also generate a new curve for the pipe coming off the T and expose that curve to Unreal so it can be manipulated like the main pipe - I'm OK with it not having corners at this point - I'm stuck on getting the generated curve exposed to Unreal

for those not familiar with that tutorial… the t connector is in a for loop, so the T and all is generated… I can get the curve generated in Houdini no problem - but I can'd seem to add the right thing to the Editable parameters