Learn how to create a city block using data acquired from Open Street Map [OSM]. This information will be processed using three tools from SideFX Labs combined into a Houdini Digital Asset that can be loaded into UE4 using the Houdini Engine plug-in. The asset will procedurally generate points that can be used to instance geometry that is part of your UE4 project. These point use attributes to add variation to the look of the buildings based on information from the OSM data.

NOTE: These lessons use the SideFX Labs tools. Make sure the latest release (non production build) is installed before doing this lesson.
The project files used for this lesson were created with Unreal 4.24 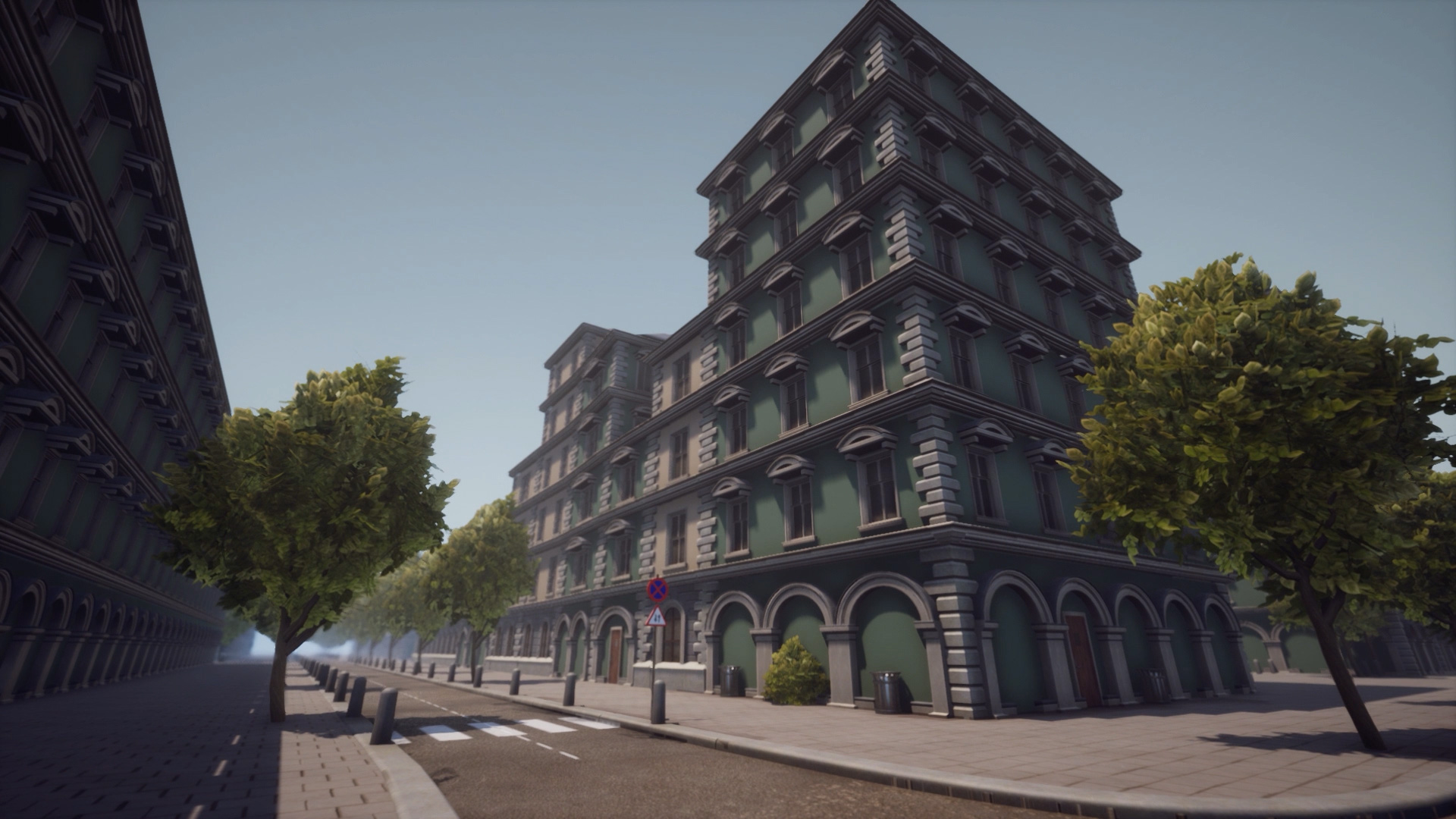 Before diving into the lessons, explore the completed city block in UE4 then review the steps taken to build up the architecture from OSM data. Learn how the information from OSM is used to create roads, buildings and props such as trees or garbage cans.
Length: 03:03 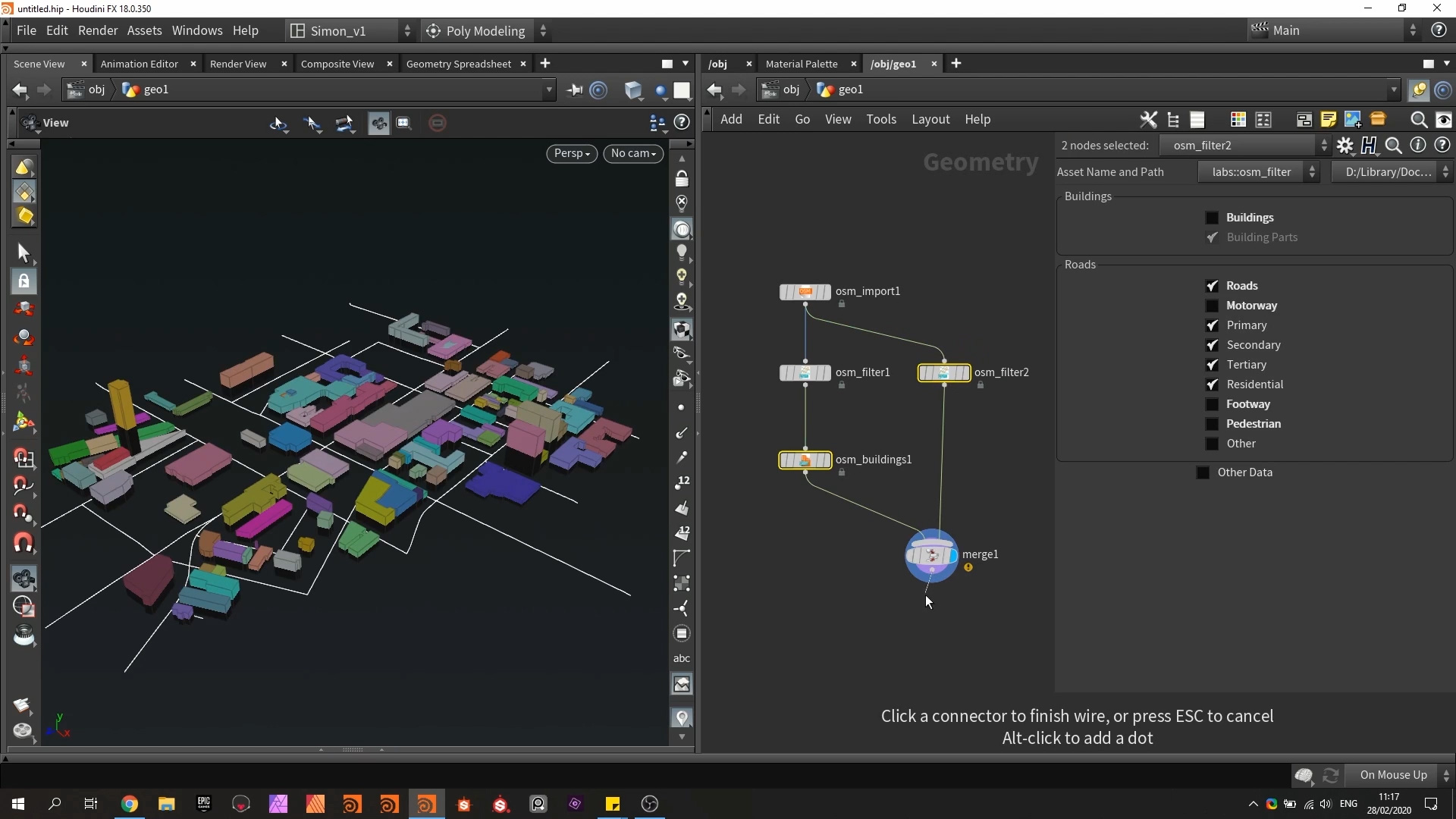 The first step is to acquire the OSM data from the website. This can be downloaded in a format that works with the OSM tools in SideFX Labs. You will learn which information is available and how to trim it down to only the geometry that you need to create your city.
Length: 04:38 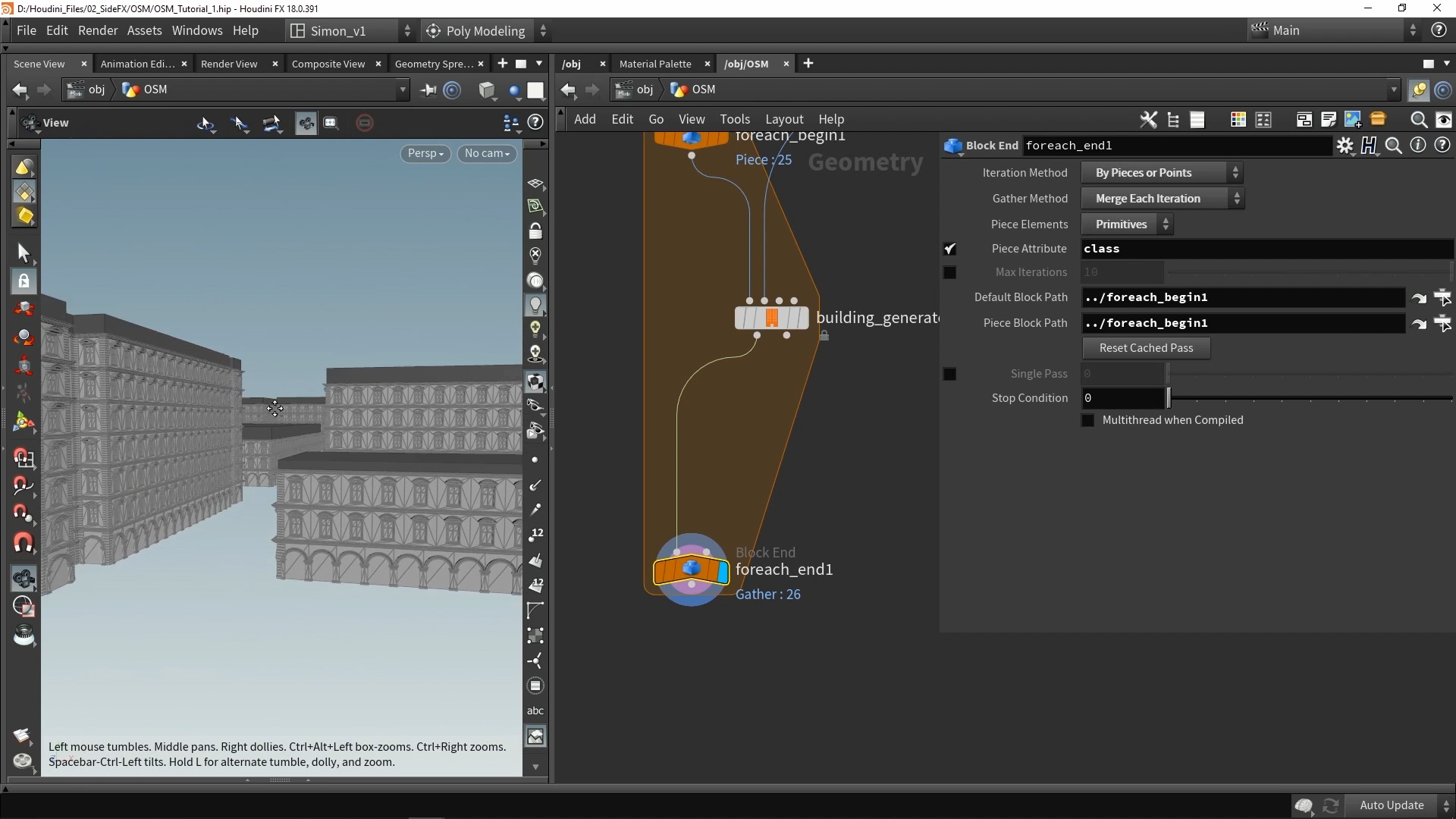 To flesh out the city blocks into detailed meshes, you will use the Building Generator tool in SideFX Labs. This tool allows you to use outside geometry to add details by exporting points with attributes for instanced geometry inside UE4. You will wrap up the nodes into a Digital Asset to use with the Houdini Engine plug-in for UE4 to allow you to test it as new features are added to the system.
Length: 18:11 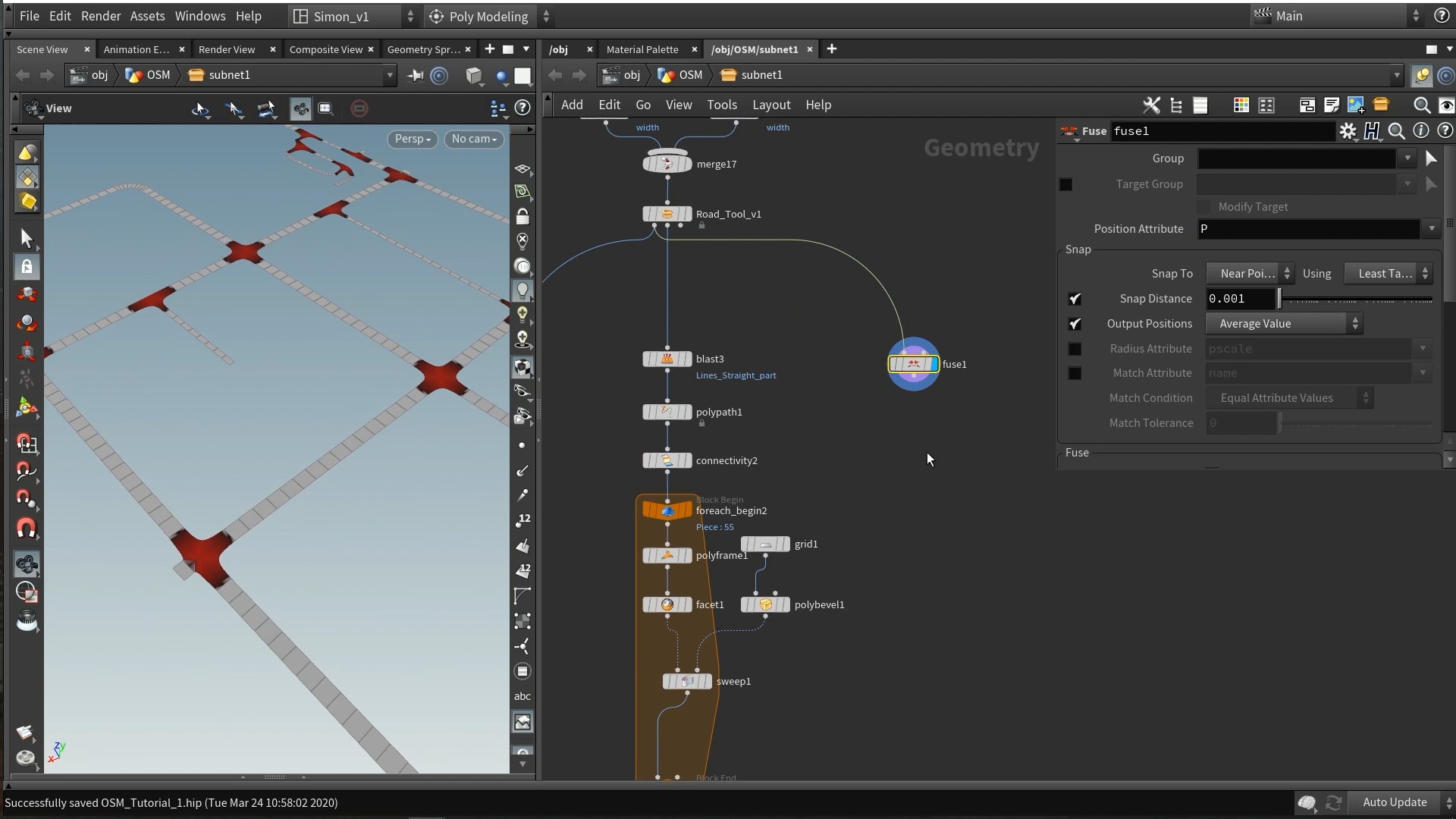 Starting with the data from the OSM file, the new SideFX Labs Road Generator tool will be used to build up the road system. You will learn how to set up width as an attribute and how to create the geometry in-between the roads. You will set up proper UVs for these areas and set up the roads for instancing in UE4.
Length: 14:59 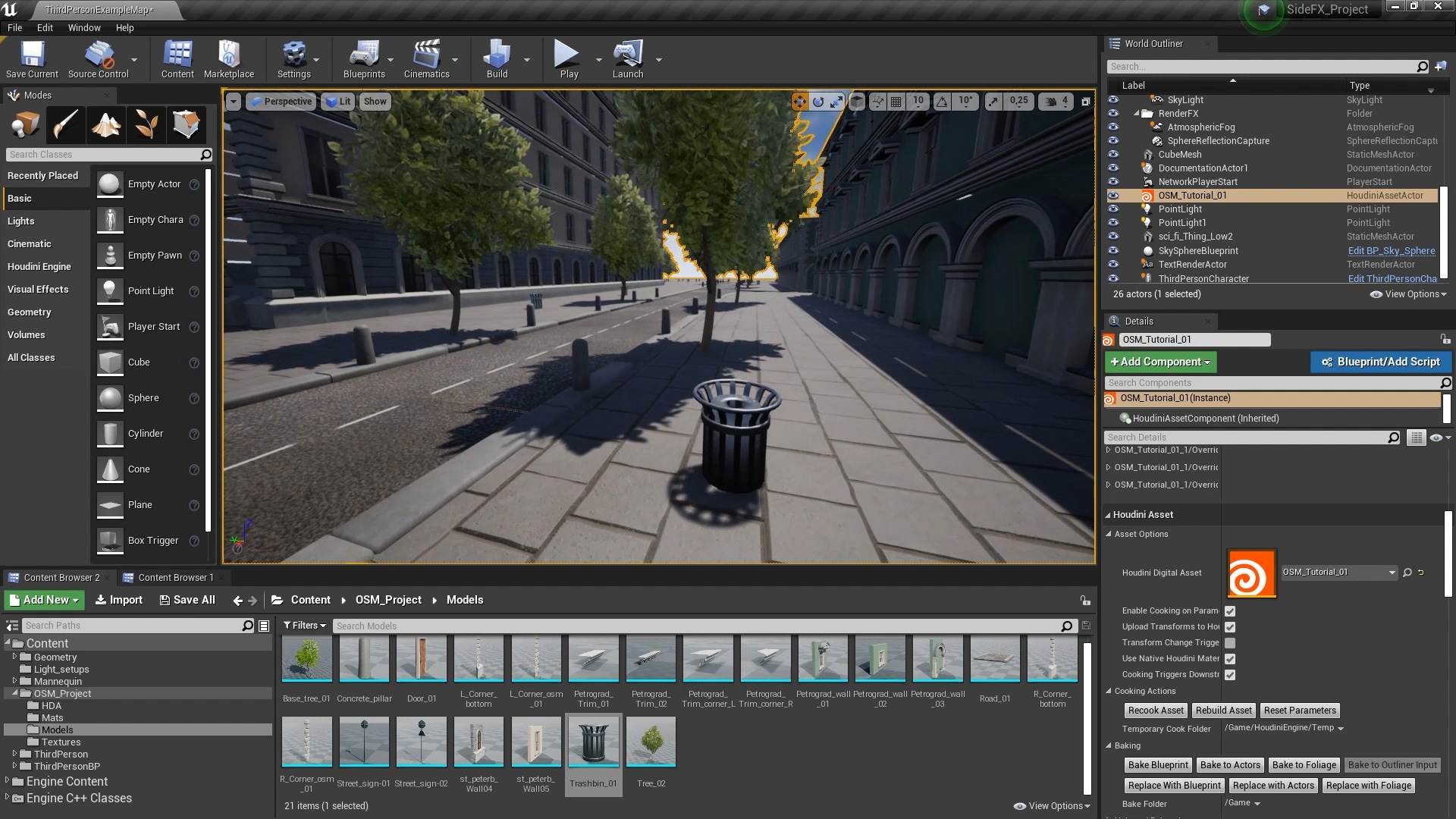 The next step is to add props such as posts, trees and garbage pails. You will learn how to set these up to work procedurally with the road system and how to add randomness into the size and location of the pieces. This approach could be easily repeated to add even more detail to this game environment down the line.
Length: 09:41