This tutorial is the first volume  in a series of tutorials about Destruction in Houdini.
In this volume, the viewer will learn everything needed to generate fracturing in preparation for destruction effects.
We will go beyond Voronoi fracturing and learn many ways to add detail to each fragment while still keeping low-resolution geometry for later simulations. 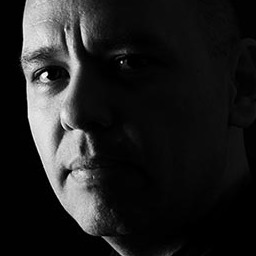 David Adan is a Visual Effects Technical Director with more than 15 years of experience working in the Television, Games, Films, Architecture and Education industries.

Parallel to his work in production, David has provided specialized training in post-production for major Television Stations like Televisa and TV Azteka and has taught in important universities like “Instituto Tecnologico de Monterrey” and “Universidad La Salle”. More recently his passion for cinematography and VFX has led him to work initially as a Digital Compositor, and currently as an FX TD in films like the Turkish epic “Fetih 1453”, “Herbst”, “Timebreakers”, “Jumanji: Welcome to the Jungle”, “Asura”, and more recently “Godzilla: King of Monsters”, "American Gods" and "Terminator: Dark fate"..