What is Houdini Apprentice?

Houdini Apprentice is a free version of Houdini FX for learning purposes and to create non-commercial projects.

Once you download, install and launch Houdini Apprentice, you will be prompted to install licenses.

Apprentice licenses are in three parts:

Houdini Apprentice gives you access to virtually all of the features of Houdini FX with only a few small restrictions! 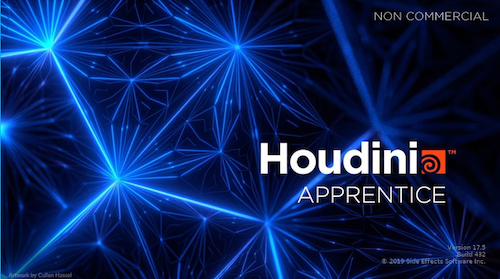 To compare Houdini Apprentice with our Commercial and Indie products: www.sidefx.com/products/compare

What are the restrictions of Houdini Apprentice?

To compare Houdini Apprentice with our Commercial and Indie products: www.sidefx.com/products/compare 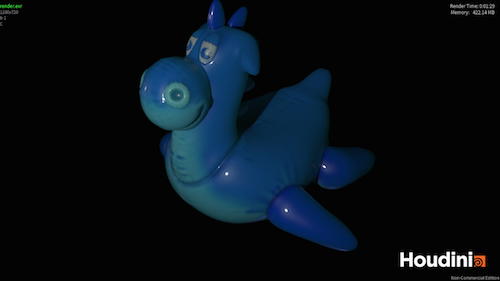 There is the single installation package for all Houdini products.
Apprentice, Indie, Education, and Commercial users will use the same installer for their operating system.

The installed licenses determine which features are available in the application and what restrictions are imposed on its use.

If you want to download a specific build or version go to Daily Builds. For more about daily builds and production builds, refer to Houdini builds.

How do I license Houdini Apprentice?

Apprentice licenses are valid for 30 days. You will need to install new licenses once 30 days have passed. From H19, you can reactive Houdini Apprentice just by the File->Activate Apprentice menu in License Administrator.

By starting Houdini for the first time or without an active license, you will be prompted with various options:

How can I troubleshoot the most common issues?

These are the most common issues with downloading, installing, or licensing.

You may also search the Licensing category for a range of solutions to issues.

I'm on OSX and suddenly my licenses stopped working. Why?

SSL Error when trying to login using the License Administrator

Please include the account number or email associated with your SideFX account if writing from a different address.

Why do I see "The account exists, but does not have the ability to manage Licenses"?

If you are an Apprentice user, the License Administrator File->Login function will not work. This is reserved for Indie and full Commercial Houdini users.

The easiest solution would be to remove the current licenses file and launch Apprentice to go through the licensing process once again.