Forums The Orbolt Smart 3D Asset Store What are dependencies?

Usually, one uploads a digital asset and an accompanying hip file and that's all. You're done. If you need to do an update, simply submit the updated asset and the store will receive it as a new version ( an number the version accordingly).

For more complex assets, it can be beneficial to use dependencies. These are sub-assets which are nested inside a bigger main asset. This is useful when the main asset is complex enough that you want to manage and update it in separate parts.

Because these dependencies are also assets in the store, any time they get updated, any cars that depend on them will receive the update. This is useful if you plan to make a fleet of cars but only need to update the wheel asset. In this case, updating the single wheel asset, will affect the entire fleet.

Most asset authors do not need to concern themselves with dependencies. It's really a workflow for complex assets with re-useable sub-assets.
Report

So you've decided that you're gonna be a power author and make assets with re-usable parts, which can be updated independent of the main asset.
You are in dark territory friend.

To create a re-usable dependency, you need to follow a few rules.

As mentioned in the previous post, dependencies must be store versions of an asset. This is because when an asset gets uploaded, it's name is changed to be unique.

When updating a dependency, you must edit this store version of the asset, which has it's unique name.

To update the wheel, and have it work as a dependency, you must edit this user::wheel.otl version which you downloaded from the store.

After you are finished editing, upload this user::wheel.otl and the store will recognize it as an update.

All assets that depend upon this wheel will receive your update.

The image below illustrates the relationship between the main asset, it's dependencies, the .hip file, and how their upload is managed.

The dependency (labelled “D.A.”) is uploaded to the store.
It gets activated
The store version (labelled “Store D.A.”) of the file is downloaded and used in a main asset (green “Big D.A.”).

The main asset is saved and uploaded to the store.

What about name space version numbers?

The reason the version number has changed is because it breaks parameter mappings with 1.0, and I wouldn't want people using 1.0 to receive updates.

I do want them to be updated to 1.1 when they create new instances of xBend.

This is currently how OTLs work. Does the store support this?
Report

From what I know, if you change the version of your OTL, the store will register it as a new asset. So all changes that you upload without changing the version will be stored in the same asset, where people will always download the latest version. Otherwise it's a brand new asset as far as the store is concerned.
Senior FX TD @ Industrial Light & Magic 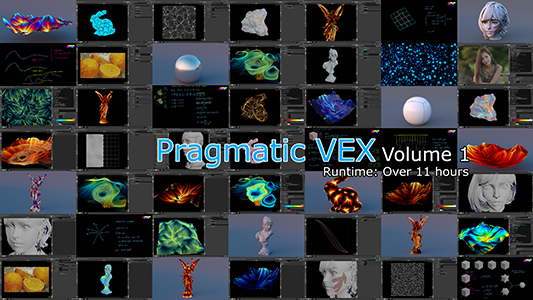 pusat
From what I know, if you change the version of your OTL, the store will register it as a new asset. So all changes that you upload without changing the version will be stored in the same asset, where people will always download the latest version. Otherwise it's a brand new asset as far as the store is concerned.

Does that also remove purchase history by users?
Also does the update notification inside Houdini still work?
Report

AFAIK the purchase history doesn't carry over. Because if it did, then what if you want to charge for it? I am not sure though.

pusat
AFAIK the purchase history doesn't carry over. Because if it did, then what if you want to charge for it? I am not sure though.

Update notifications should still work for the same assets. But it wouldn't notify Bend 1.0 users if you uploaded Bend 2.0.

So how it works now in Houdini is if you have both xBend::1.0 and xBend::2.0 installed. It'll only show xBend::2.0 in the tab menu. Any HIP files using xBend::1.0 will still use that version as long as it's still loaded.

If I wanted to update xBend::1.0 to fix an issue, then there isn't a problem.

Sometimes I want to “rethink” an approach to a problem, and that's when you increase the version number.

So shouldn't the store work the same way as Houdini? Both xBend::1.0 and xBend::2.0 should exist in the store, but only 2.0 appears in the catalog.

Purchase history should be the domain of the author. For example, I might change the math in xBend so that it's faster but produces a slightly different result. People's renders would be different during the life of a project if I just updated version 1.0. So I would publish 2.0, but that doesn't mean I want to charge them again but I still want to charge $$ dollars for that tool.

This kinds of requirements can be tough to nail down.
Report

For most users,you should not need to add name spaces yourself at all. This is done automatically at upload.
If you want to save a little time on the upload/activation process, then do the following:

hopbin9
One possible solution is to allow authors to “hide” assets that are just there for dependency reasons. These would be downloaded but not show in the catalog.

I just have uploaded a very small component that I use in different places but is too small I think to have around in the store. It will make sense as part of other assets.
A computer is almost human - except that it does not blame its mistakes on another computer.
Report

I hate to raise this but…
a way of supporting two top level assets is to have an hda that oncreate extracts it's contents…not sure what kind of havoc this may create but it might be something to look into.
Michael Goldfarb | www.odforce.net
Senior Technical Director
SideFX
www.sidefx.com
Report

“Log into the store.
in Houdini, go to your lowest level (most nested dependency asset).
RMB over the asset on choose ”upload to Asset store“.
Do this for all the assets, starting from the bottom level and working upward.”

– Im a little confused. I thought one had to wait for asset A to comeback from the store before putting it in asset B?

- versioning… Is this set by orbolt and therefore potentially different from a vesioning scheme I might use ie… v2.0 of smoo_tool could be version 1.0 on the store ?

- when a new version is uploaded…is there a way to designate it as an update or a significant ver change?

X -changes are normally significant/incompatible changes. In this case I would expect it to be a separate listing/download AND the old to still be available - Is it? And if so it seems there is no way to designate upgrade vs new user price?

ZZZ change I would assume to be minor bug fixes, help, icons enhacing etc… and there for considered the “newest” of an asset –I think this is the case.

Then what about YYY changes – these are usually non breaking changes that may add a new or updated feature? Is there a way to designate these as an update like ZZZ vs as an upgrade/new version like X?

If an embedded (A) asset get update, how does its version affect the version of the outer asset(B)… ie I would expect ZZZ change in A to cause a ZZZ change in B. –But in the case of XX or YYY changes, the changes functionality of A could potentially affect OR NOT the featues and functionality of B – how will these case get handled. Is the author notified of all other asset embedding this one leaving it up to individual Author to decide the scope of the verisoning change?

Im a little lost on how version are kept consistant between tools, who sets them and how it might affect pricing. Can anyone clear up how this does or might work in the future?
Report

The process for uploading dependencies can go two ways.
One is a bit faster than the other.
If you want to save some time, use the RMB>upload feature from within Houdini.This will…

RE:contradictions between the store documentation and Houdini's, where it concerns versioning and namespaces.

Please remember that The Orbolt store is in Beta. A lot is changing on the fly in response to your input.
This can result in a lack of parity between the Orbolt Asset stores documentation and Houdini's. Sorry for the confusion, and thanks for enduring through our growing pains.

Namespace Prefix
The Orbolt store uses namespace prefixes to add the authors account name.
If you add a prefix to an asset, the store will replace it with your account name anyways.

Namespace suffixes are used to define upgrade versions. Those are meant for major changes to the asset that might potentially break compatibility. The store versions the minor changes and allows you to create a major revision. The major version of an asset will appear pretty much as a new asset. In fact it's not much different from renaming the asset.

First, Id like to point out that I wasn't clear that it can all be done inside session with dependencies upload – and thats just awesome :-D

Its not clear to me a couple the sceneries I had mentioned work out… namely feature enhancement that does not qualify a major leap – ie.. can the version be incremented as ie 1.0.0 -> 1.1.0 vs 1.0->2.0.0 to stick with fairly standard version conventions. Im not clear when referring to “minor” are we talking about what would normally be in the zzz part of xx.yyy.zzz?

And in both cases of a major breaking XX change or a feature enhance YYY change, if there a way to distinguish pricing for users of previous version – it seems like “no”??

id also like to point another thread I started on suites as it was straying from topic, but the idea of hiding would not really solve all situations on its own, when you want multiple nodes included – for those interested i outline some situations
Report

Thanks for splitting the thread up and posting “Suites” separately.

As far as ‘minor“ versions go, you are correct in your belief that there is no way to make a ”minor" free version name on an asset. A version name change IS a new asset for all intents and purposes.

Simply put: A name change in the node type name is a new asset.

The only visible indication of free minor updates are what you see on the website and on the asset details window.


One of the guys here suggested that it might be possible to change the display name (the name displayed in the tab menu). I haven’t tried it though.

compositor
The image below illustrates the relationship between the main asset, it's dependencies, the .hip file, and how their upload is managed.

The dependency (labelled “D.A.”) is uploaded to the store.
It gets activated
The store version (labelled “Store D.A.”) of the file is downloaded and used in a main asset (green “Big D.A.”).

The main asset is saved and uploaded to the store.

Is it still limited to 2 levels? I'm asking because I have somebody being interested in a procedure I have, but it is consisting out of at least 5 level deep nested assets. :?
And is the procedure still as mentioned above?

Cheers!
A computer is almost human - except that it does not blame its mistakes on another computer.
Report